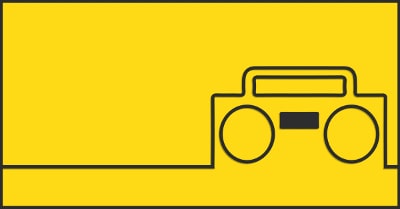 Determining the top workout songs of a certain era can take ages–even though the process itself is fairly straightforward.

For example, while trying to collect the top workout songs of the ’80s, I considered roughly 1200 singles released during that decade. After eliminating the ballads and slower tracks, the remainder were posted to Run Hundred for folks to rate.

Even after all the contenders had been added to the site, it still took almost seven years to collect enough data to separate the very good from the truly great.

None of this is a complaint. I’m just mentioning it because I’ve written for other publications over the years where their top 10 lists were just collections of the editors’ personal picks. And, part of my aim in building Run Hundred was to compile playlists based on feedback from a lot of people over long stretches of time–rather than just my own hunches in the moment.

Put simply, that’s the resource I’d want to use myself. So, that’s what I’ve been trying to build.

General philosophies aside, if you’re interested in the ’80s music project used to illustrate the points above, I’ve compiled a $10 set–featuring an overview of the top 100 songs along with 20 remixes from the same era.

The 100 song list should give you plenty of tracks to consider at your convenience. To that end, it should come in handy when you need proven material to round out your workout playlists.

At the same time, the 20 remixes should make for simple way to put the highlights to use–since they can be downloaded straightaway at no extra charge.

In short, I’ve tried to balance a list of vintage hits with remixes that provide new perspectives on some of the most popular selections. I’m hoping this combination makes for a mix of immediate and sustained inspiration. Moreover, if it fails to deliver on either of those fronts, let me know–and I’ll issue a refund. (Your email receipt will include my contact info–in case you want to get in touch.)

To put a decade’s worth of hits and remixes to work in your routine, you can pick up the ’80s Workout Music set here.