A Dog, A Groomer & A Workout Mix (With Before & After Pics) 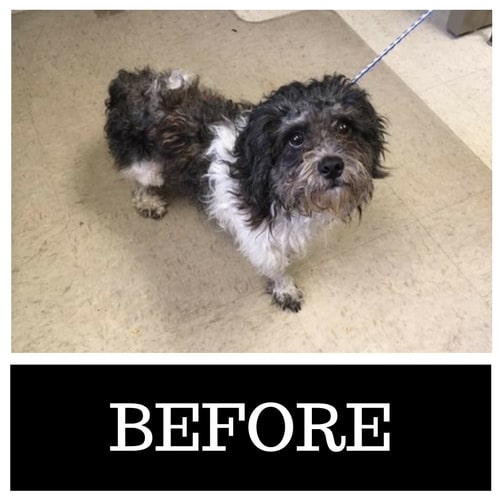 Awhile back, I found a dog wandering loose. Unsure what to do, I called city services. In turn, they dispatched someone to take him to a shelter.

The “Before” photo is one that the shelter posted on-line in an attempt to locate the owner. And, when no one materialized, I offered to adopt him.

Shortly thereafter, a local groomer saw the photo and offered to clean him up–free of charge–in the hopes that someone would be likelier to take him home. When the staff apprised her that I’d already come forward, the groomer said she’d give him a complimentary makeover all the same. And, she did just that–a few hours before I arrived–so that he was ready to go when I picked him up.

What struck me most about the experience was the number of parties impacted by the groomer’s efforts. I can’t be certain what goes on in a dog’s mind, but he seems ecstatic about being clean. Moreover, it’s probably easier for the shelter staff to find homes for tidy-looking dogs than bedraggled ones. Plus, it eliminated one of the errands (and expenses) on my end, which was particularly helpful in the midst of the string of vet visits and pet store runs that his arrival entailed. 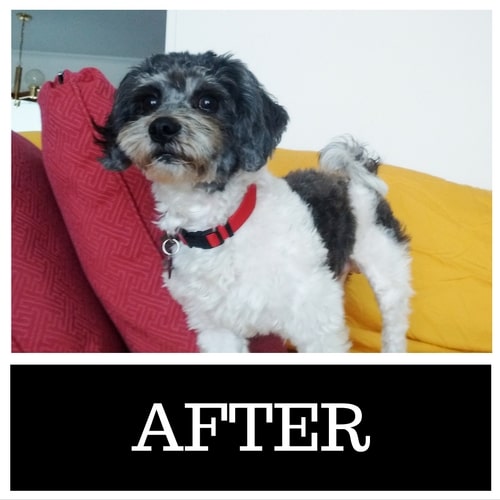 Later, I wrote the groomer to relay my thanks. In her reply, she noted that–in 20 years of grooming strays–this was the first time anyone had thanked her.

Her reply was remarkable in two ways:

#1. I can’t believe no one had ever written her before. I suppose it’s possible folks don’t know. Perhaps they assume the shelter has a groomer on staff or that the adoption fees cover the cost of a visiting groomer. I want to assume that it’s just an oversight. But, still, it’s hard to imagine.

#2. It’s even harder to believe that she kept on giving her time for two decades without any acknowledgment. Presumably, the dogs appreciate it. But, still, that’s a long time to put in work that goes unrecognized.

I was just completely in awe–of her effort, of her perseverance, and the rest.

All of this left me wondering where–like the groomer–I could put my resources to use in a way that makes the largest impact.

To that end, I started compiling a benefit album to showcase some of the overlooked running songs I’ve received from bands in the ten years I’ve been writing about the topic.

On my end, coordinating a benefit album was pretty straightforward–as I already had contact info for most of the bands I wanted to feature. Moreover, for the artists involved, the project provides a way to reach a new audience. Plus, for folks in search of new running inspiration, the album plays host to a variety of uptempo tracks from beyond the Top 40. Lastly, 100% of the profit goes to charity–as that’s the driving force behind all of this.

For what it’s worth, the project supports a variety of organizations–focusing on one at a time to keep things simple. Presently, all profit from each album sold here is going to The Humane Society–which provides hands-on care and services to more than 100,000 animals each year.

If interested, you can pick up a copy of the finished 14 song compilation–The Road Ahead–below for $10. I hope that you love it, and–if you don’t–I’m happy to issue a refund. (My contact info accompanies each order–in case you want to touch base.)

(UPDATE: In thanks for the support this project’s received, I’m adding a second compilation to each order at no charge. So, when you get to the checkout page, there will be a note indicating that a bonus album is included.)

On the whole, I’m hoping to share a few of the most memorable and overlooked running songs that have come my way over the years, while raising money to support The Humane Society’s work with animals who–like my four-legged housemate–have found themselves laid up by forces beyond their control.

If either of those priorities match your own, you can download The Road Ahead here.