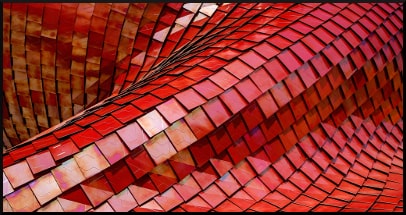 If you’re unfamiliar with these, they’re basically routines that alternate between periods of fast activity and slow activity.

The argument in their favor is that these workouts can produce more results in less time. For example, a 2012 study in the Journal of Sports, Science & Medicine indicated that longer, endurance training and shorter, high intensity training both improve one’s body composition–but the latter provides greater improvements in one’s cardiorespiratory fitness.

While there’s some measure of consensus on the effects of a HIIT workout, there’s a broader range of opinions on the ideal ratio of fast to slow activity.

The Tabata regimen–which is probably the best-known approach–features a 2:1 ratio (20 seconds of exercise followed by 10 seconds of rest). But, there’s also a Gibala regimen that uses a 1:1 ratio with 60 second durations for each component. And, there are others–like the Zuniga and Vollaard approaches–which make further adjustments. (If you’re curious about the names, each approach is generally referenced using the last name of the professor whose study led to its popularity.)

Run Hundred users have been requesting music mixes along these lines for years, but I’ve been unsure how to proceed–given the differences of opinion as to which regimen is the most effective. Having mulled this for awhile, I realized I’ve let this multitude of possibilities become an obstacle–when it could just as easily be an opportunity. Namely, I could take the energy I was expending on a search for a definitive answer–which doesn’t appear to be clear yet–and focus instead on showcasing the competing hypotheses and giving folks a way to put them into practice.

To that end, the resulting set–HIIT Variations–takes a single, uptempo mix and re-works it to reflect six schools of thought on the ideal interval ratio:

(That last one–with its 280 seconds of rest–might look like a typo, but it’s not. It’s based on the Vollaard regimen–which drastically increases the downtime between energetic bursts.)

Each variation runs 30 minutes. Most folks won’t endure that long–particularly as the allure of this approach is that it doesn’t require much time. But, the extra time is there if you need it.

With regard to structure, the exercise and rest periods are clearly indicated in the mix. So, you’ll know when to go fast and when to slow down. Essentially, you’ll pick up the pace (or slow down) when the music does the same.

#1. If you’re new to this kind of routine, the different mixes should help you determine which works best for you.
#2. If you’ve been working a HIIT routine for awhile, I’ve tried to include alternatives from across the spectrum–in case you want to experiment.
#3. In both cases, I thought it might be nice to have multiple options so that–if your HIIT routine starts to stagnate over time–you can switch to a different set of intervals for a spell.

In short, the aim was to present a collection that would prove interesting and challenging no matter how much or how little experience you have with HIIT routines. So, if you give this a go–and find the routines aren’t a good fit for you–just let me know. I’ll issue a full refund. (And, as always, my contact info will appear on your email receipt. So, I’m easy to reach.)

To test the effectiveness of a shorter, faster routine–in six of the most popular forms–you can download the HIIT Variations set here.