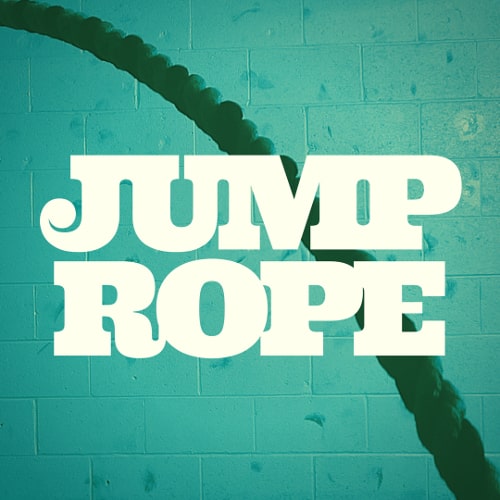 Awhile back, I started work on a jump rope workout project. In the process, I was trying to figure out which jump rope worked best for the broadest cross section of folks.

To get some feedback, I put together a bunch of sample packs including different jump ropes–some basic and more advanced–to see which folks prefer. (This might seem obvious, but–in my initial test–the results were close was very close. So, I figured I should mail out more jump ropes to get a larger data set.)

Almost a hundred jump ropes later, I realized I wasn’t really getting much in the way of feedback.

To be clear, I don’t think this was malicious. It’s possible that a bargain-hungry mob descended on the site and snatched up all the jump ropes. But, more than likely, folks just got busy living (or jumping rope) and forgot to drop a line–which is understandable.

Nevertheless, I’m still working on the larger jump rope project and still unsure which rope tends to work best for the most folks.

So, I’d like to try this again–with a slightly different approach. Here’s what I’m proposing:

*I have two kinds of jump ropes in particular I’d like folks to test.

*And, I’ll pay for the shipping as well–within the U.S.

*Finally, if you drop me a line to let me know which rope you prefer, I’ll send you a $20 Run Hundred gift card in return–effectively refunding the whole purchase.

(My contact info accompanies each order, so I’m easy to reach.)

For my part, the $20 gift cards should give folks an incentive to test the jump ropes and share their impressions sooner than later.

And, if you’re already using the Run Hundred site to find new workout music, the ropes should give you two new ways to get active–plus a gift card that’ll offset the cost entirely.

Lastly, I’ve been writing about this mostly from my own perspective–in terms of finding out which jump rope option most folks prefer. But, if you’re interested in jump roping–and unsure what kind of rope you’d prefer personally–this test should provide an easy way to compare two of the most popular models in your own space and at your own pace.

(On the practical front, I’ve got around 50 sets on hand. When they’re gone, I’ll update this link. So, if you’re reading this now, the offer is still available.)

If you’re interested in testing a couple jump rope options, you can pick up two different ropes and a $20 gift card with free U.S. shipping here.