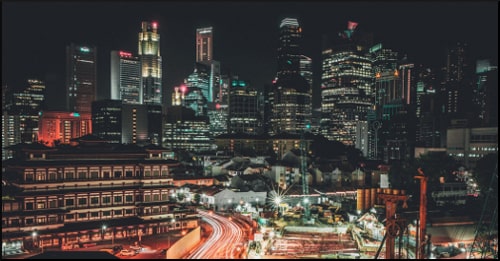 Awhile back, I started work on two different mixes: one fast and one slow.

The fast one was intended for cardio and strength sessions: running, weights, etc.

The slow one was intended for flexibility and reflection sessions: yoga, meditation, etc.

In the same way strength workouts complement flexibility workouts (and vice-versa), I tried to imagine a pair of mixes that would also complement each other musically.

And this resulted in a pair of albums: More and Less.

As the name implies, More is a louder and faster mix while Less is a quieter and slower one. But, instead of producing them independently–like I’d planned–each is built around the same 60 minute arrangement.

Put simply, More is an lively, uptempo version of Less. And, Less is an ambient, minimal version of More.

When the albums came out, they sold decently. But, they weren’t hits. And, that’s fine. Some albums find large audiences, some find small ones, and I try to focus on the work itself (which I can control) rather than fretting over the outcome (which I cannot control).

So, once the albums were out–and I’d finished spreading the word–I moved on to another project.

Months later, I was talking to someone in the marketing department of a Japanese hotel chain called 9 Hours about creating some music for their hotel. Rather than try to explain what I had in mind, I sent him a copy of the More and Less set–as the sound I wanted for them was somewhere in between the two albums.

The sounds must have resonated because–within a few weeks–I was in Japan working on music for 10 different hotels in their chain.

The whole experience was a dream–as the project, people, and facilities each delivered everything for which I hoped and then some. I could carry on at length about all that, but what I want to share more are my thanks to Run Hundred users for three particular reasons:

#1. In the decade that I’ve been running this site, I’ve had the chance to work on dozens of album productions. That volume of work has made me a better producer over time. And, leveling up in this way has opened up opportunities that I never anticipated–this trip to Japan being perhaps the most striking example.

#2. The other benefit of working on a diverse array of projects is that it makes it easier to convey ideas to strangers. So, instead of trying to explain what I have in mind, I’m increasingly able to pull out projects from Run Hundred’s catalog and say, “I’m imagining something like this–but faster” or “It’ll sound like this–but with a live drummer instead of a drum machine.”

#3. Lastly, when I had few projects in my portfolio, it was harder to get new ventures off the ground–particularly if they involved other people. Now, when potential partners are nervous about the timeline or scope of a project, I can point them to a range of finished projects–instead of relying on the benefit of the doubt.

I wanted to mention all of this because nothing above would have been possible without your support.

Even when I started writing this post, I was still thinking about the trip to Japan as the experience of a lifetime. But, as I put all of this down, it’s clear that having a place to work on so many projects for so many years has actually been the defining experience of my life.

So, I wanted to say thanks for showing up and letting me continue to show up. The cumulative effect has been rewarding in ways–and with opportunities–I never imagined.

As a token of my gratitude, I’ve sent free copies of the 9 Hours soundtrack to everyone who purchased the More or Less set when it originally came out.

And, I’m including a free copy with each incoming orders of the set as well.

So, if any of this seems up your alley–fast music, slow music, or music composed in a series of Japanese hotels that exists somewhere in between–you can pick up More, Less, and the 9 Hours soundtrack for $15 here.