The Best BPM for Running 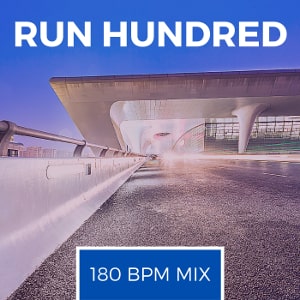 The main advantage of running quickly–over running slowly–is that everything happens faster. Whether your goal is better fitness or an actual finish line, you’ll get there faster if you hustle.

While those benefits are pretty straightforward, there’s a growing belief that faster speeds can also lead to better form. As the folks at Competitor noted, “A higher step rate forces smaller strides, which bring runners’ feet more directly under them instead of out in front, decreases the injuries associated with overstriding, and increases efficiency.”

Ultramarathoner Scott Jurek made the point more succinctly, “If you focus on higher stride rate, much of the rest corrects itself.”

In The 4 Hour Body, Tim Ferriss advises runners to maintain a pace above 180 steps per minute: “Focus on at least 90 steps per minute with each leg. Particularly if fatigued, focus on this stride rate, which automatically produces the other characteristics of good running mechanics.”

Having experimented with this theory myself–and been happy with the results–I’ve put together a mix that should make it simple (and hopefully fun) to maintain this speed. Run Hundred’s 180 BPM Mix is a 60 minute workout album that sells for $12 and never wavers from its namesake tempo. To that end, all you need to do is press play, then run to the beat, and see how it changes your routine. 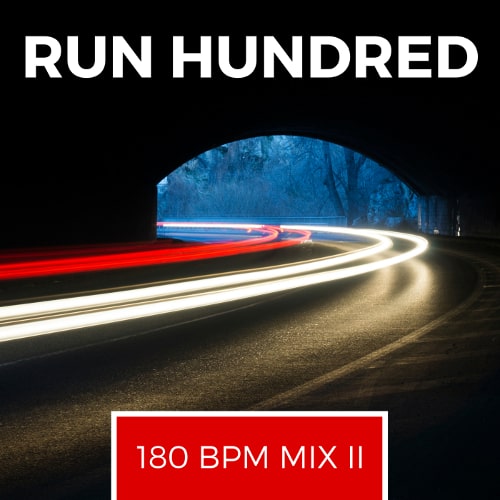 For what it’s worth, the album emphasizes rhythm–rather than melody–as I wanted to make it simple to hear the beat and move with it. To add a little variety, I’ve also created an alternate version with the same tempo and a more melodic approach, and I’m including a free copy of that with every order.

In the end, it’s the beat–more than the melodies–that will change your workout. But, the melodies keep things interesting. And, having twice as much music will give you more beats, more melodies, and more options.

Personally, I love the feeling and effects of running at this pace. But, everyone’s different. So, if you try this out–and don’t feel an improvement–drop me a line, and I’ll give you a full refund. (Your email receipt will include my contact information–in case you have questions, feedback, etc.)

So, if you want to pick up the pace and see how it changes your routine, you can download both versions of the 180 BPM Mix here.